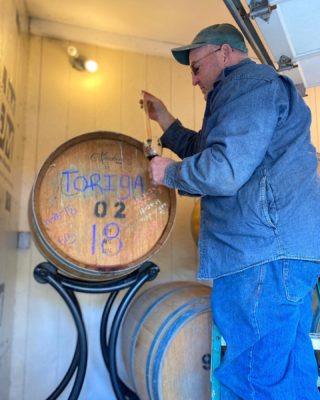 As always it is a struggle to come up with a topic for the newsletter. This year I harken back to when I was a young only child, my parents fretted that I was not socialized enough, so every summer my older, sophisticated city cousins would be invited to Trinity to be immersed into country living. This would   give them rural life experiences desperately needed to round out their upbringing. I’m convinced they felt like they were being sent off to a gulag work camp in the frozen Siberian tundra for seven weeks of reprograming classes.

When I look back, over a half of a century, those summers of youth with my cousins are what I seem to recall more than anything.  For example, the day my cousin who took a shovel to the yellow jacket nest, beating the nest with sure tenacity, his will against the wasps, he learned a very valuable lesson that day in fact 17 lessons, Ouch.  (He will roll his eyes that yet again this story has been told, Sorry J) Then the time my cousins fabricated a spat between me and my neighborhood friend, why you ask,,, I wondered the same thing when they were putting on old socks on my hands to be used as some form of boxing glove…, they were always thinking of my safety. With all the cheers of encouragement you would have thought it was Ali VS Foreman’s “rumble in the jungle”. It turns out more like “’flailing in the forest”, they seemed to enjoy watching two 7-year old’s knock the snot out of each other, so I’m sure the crowd got their money’s worth.

I   appreciated their guidance when it came to the ladies, when they were in their early teens they came up with a plan

to impress the 16-year-old blonde girl up the river. So, they worked all morning to catch a water snake then devised a plan to put the snake in a hubcap, but the genus was to somehow convince her to take off the hub cap, scaring her to death, boy those city slickers were smooth operators.

But my beautiful female cousin had Forest Service crew boys (fire fighters) hanging around the house like hummingbirds around a sugar feeder. My father saw the upside and took advantage of it by having them move every heavy thing he could find, including an upright grand piano up a steep narrow staircase. They of course were happy to oblige to show off their manliness to the stunning lass. 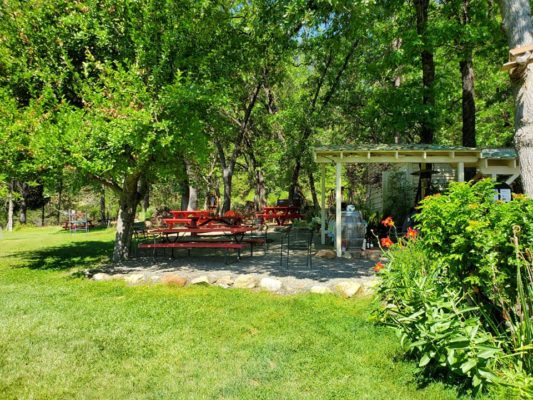 Dad always seemed to enjoy the larger family, he was the tough uncle but he had fun pulling pranks on the youngsters, but it didn’t always work out! He loved taking us to the haunted house in town.  This house was a two-story Victorian that was built in the late 18oo’s I ‘m sure nobody had lived there for 50 years, it was perfection in every way to be the eerie ghost house, a room hidden behind fireplace, doors the led out to balconies long gone, steep peaked roof with dilapidated shingles and the coup de grace,, a narrow creaky stair way winding to the second floor. Of course, we only saw this house at night with flashlights that couldn’t outshine a lightning bug. One time, Dad slipped away and snuck up into the attic where he was making strange noises that scared us all as we slowly crept through the house, then, we heard a loud CRACK, followed by a crash. Being the youngest I was last in line, where they proceeded to run me over getting out of the house, I think the last one though grabbed me by the hand and I was fluttering like a cartoon kite tail behind him.   As we stopped outside in the pitch-black standing in a swampy meadow we looked back,,,, dead silence.   Then I heard “where’s uncle Mark”, “oh god what’s happened”.  After what seemed like an eternity, we watched a moaning figure limping out the door and we heard a slow groan as the “ghost pushed me”.   As Dad drug himself toward the land cruiser he informed my 14-yea

r cousin that he was going to learn to drive a stick shift that night to get us all home.  It was many years later when he fessed up that he fell through a trap door and down the staircase, breaking several ribs and bruising his lung.  Oh, that prankster, come to think of it, that was our last trip there.

Many small businesses have not been able to survive this pandemic shut down, but due to your unwavering patronage we continue to be here making the highest quality wines. I want to thank  all our loyal customers that  continue to support us in these very trying times. With all  genuineness, we view our guests as part of the Alpen family and truly appreciate your loyalty.