Father had the great advantage of history behind him when it came to his superlative newsletter story telling. So as I look back I realize that his great writing skills weren’t based on his enormous talent ,, no,, it was based on the great depth of characters, he had to write about. My epiphany is that the only interesting denizens in Trinity were from the 30’s, 40’s and 50’s. Everyone in my youth seemed to be just mundane folk, no eccentric’s at all. I racked my brain looking for someone to write about, There’s , my teacher who’s coffee had more ingredients distilled in Kentucky than beans grown in the Andes, ah blasé .  The mechanic, who would cut the metric bolts off of foreign cars and replace them with “American bolts” then reference something about Pearl Harbor, nothing to talk about here. The braggadocios loggers who chained their trucks bumper to bumper to see what would break first the Chevy or Ford, just another Saturday night at the “Deli”. The doctor who would have to move x-rays of his pregnant cats from the exam table so you could sit down, at least there were no pigs in the office. Even routine actions of elected officials were boring like when the supervisors prohibited  F-111 attack fighters from creating sonic booms over Trinity, this in turn prompted the Sherriff to request funding for a P-51 fighter to enforce this ordinance, protecting the farm animals from the heartless air force during the “great egg laying crisis” of 1970. See, these are all actions of rational folk. 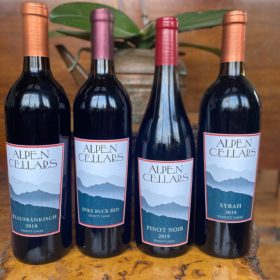 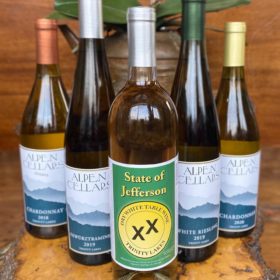 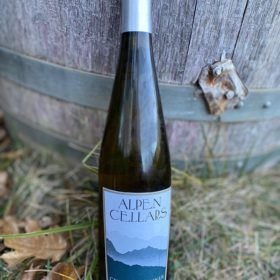 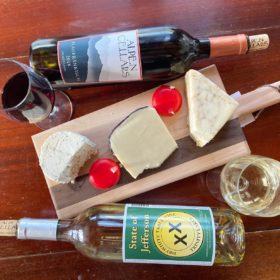 There was one unique man, who had the highest IQ of any one I ever met ,, his nick name was Turtle, named from the way he wore his camouflage hat right above the bridge of his nose or so he thought, I think it was his really based on his rate of speed when he worked in the woods. Turtle was a tall skinny man who chain smoked and drank like a fish. He had scraggly long blond hair and a goatee that after fifteen years of growth still could have been outdone by a high school freshman. One time a group of us decided to hike to Boulder Lake for lunch so we packed a large cooler and started in. On Turtle’s arrival I was reminded of his belief that shoes were only an accessory, so Turtle took off like a flash leaving us in the dust, partly because of his lanky stride or mainly that he was only carrying a gallon jug of his ever present Red Mountain wine. As we almost crested the hill we ran into a back packer who had the look and gear as to have been a model for Sierra Club monthly. As he passed by us,, almost at a run; the  look on his face was that could have only been caused by seeing Sasquatch in the flesh. When we caught up to the shoeless Turtle, he was sitting along the trail, with a half finished bottle of Red Mountain in his lap, Turtle looked up with a smirk and said “those city folk aren’t very friendly , I asked to trade him the rest of my wine for his boots and he took off running”.

Then there was the time that Turtle’s excessive drinking saved his life. He and his side kick were out in the middle of Trinity Lake in a boat about the size of a claw foot bath tub. They were enjoying the nice spring day with his trade mark Red Mountain, around the time they had finished the third gallon they inexplicably capsized the dingy. Of course life vests were for lesser men , so with only moments to go before Poseidon called , his brain was kicking into high gear… then like a bolt of lightning… “Tie the empty Red Mountain bottles together on our belts”. This stroke of genius kept them afloat for about an hour before rescuers arrived on the scene. In my opinion his big faux pas was drinking red, we all know that it’s white wine goes with fish.